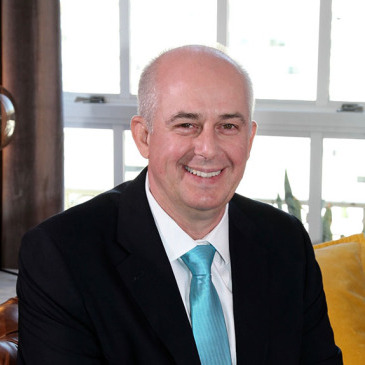 Edward Fitzgerald has an eclectic business background having started, owned and operated businesses on three continents, the first at the age of 23 in 1992. He has been a trusted advisor to start-ups, multi-national organisations, NGOs and Governments and has provided hands-on support, coaching and advice to almost 100 start-ups ranging from entrepreneurs to VC-funded Silicon Valley success stories.

Edward's vision is to transform the lives of 3 billion people through the use of innovative technologies and implementation strategies, resulting in a positive meaningful impact on both individual lives and the environment.

Edward says "It all starts with a vision, an idea, that can be nurtured and developed through proof of concept to something tangible... BUT, we have an obligation to the planet and to the people who walk this floating rock with us."

Since completely recovering from a life changing brain injury in June 2011, sustained whilst yacht racing, Edward was told "you are going through a period of bereavement for the loss of your memory and other capabilities, you need to come to terms with that fact that your international / high impact consulting activities are no longer a reality". Not only did he use the infinite power of the brain and positive thought to fully recover, learn to read again, regain access to his lost memories through the science of neuro-plasticity. He became a Best-Selling Author® and Award Winning Film Producer, in addition to taking cutting edge communications technology from R&D through to service launch in 3 European countries.

Subsequently, Edward is passionate about equipping people with the necessary tools to enable them to make a positive impact on both their lives and those around them. To innovate with a conscience.

In this talk Edward shares how to maximise sustainability for all innovations by being clear and congruent on your core values and considering people, planet & purpose at every stage of the innovation process. If you get this right... profit is inevitable.

“Edward’s ability to capture the critical themes for our ETSI conference on (Smart) Intelligent Homes, Buildings & Cities and articulate a common vision was critical to its success. He was able to bring together a common view amongst our audience who were from disparate sectors and professions"

“Edward has an extremely interesting business and life journey which he shared in his inspiring talk with our audience. The feedback has been excellent. We were really impressed with the way he facilitated the whole event and would absolutely recommend him.”

Contact us now to find out more, check availability & pricing